Not as Easy as It Used to Be 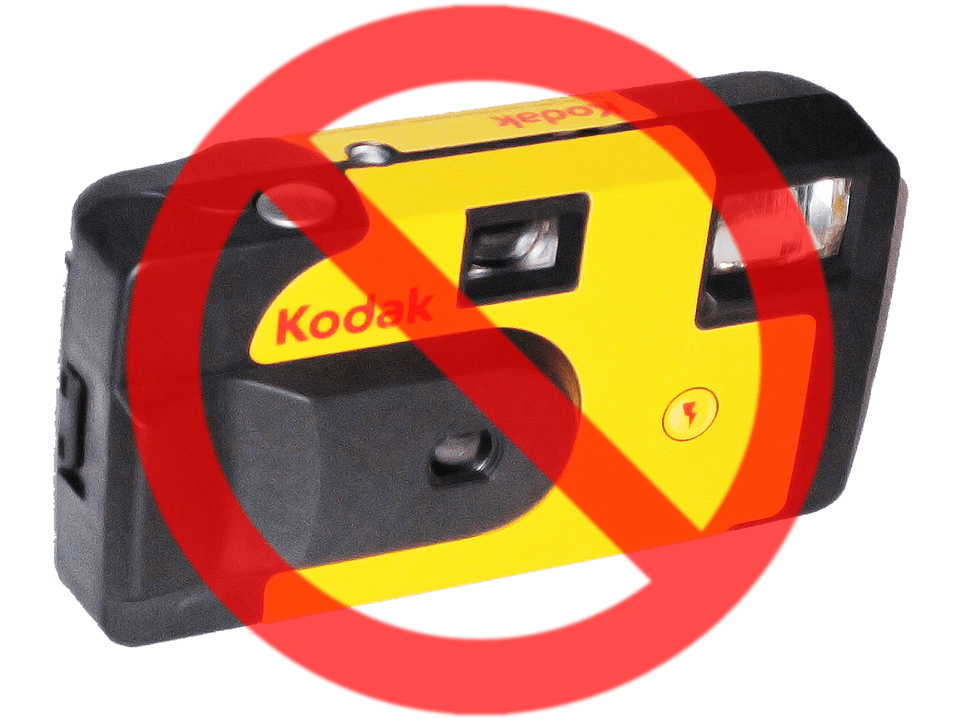 The prize inside every disposable camera is the flash circuit. Flash circuits contain two useful parts: a capacitor and its charging circuit. The capacitor is usually between 100-200 µF at around 300-400 Volts. In other words, this thing packs some serious juice. Common uses include tasers and coilguns, both of which you can expect to see on this site at some point. The problem is, disposable cameras are getting harder and harder to come across.

In the old days, one could walk into a local photo development center and simply ask to take all of their used disposable cameras off their hands. In most cases, the store would happily give them away for free. Nowadays it’s not so simple. Few places still develop film on-site. Every single store I’ve tried so far, Walgreens, Walmart, etc., ship the cameras off to be developed somewhere else. Getting free cameras just doesn’t work anymore.

Is there a solution?

There’s no way to solve this problem for everyone. Some people may still have access to film development centers. However, it’s a safe bet to assume that many people have no local access to old disposable cameras in bulk. This is because local stores send the film off to be developed elsewhere. Purchasing new disposable cameras is still possible in many stores, but what idiot would spend upwards of four bucks for something they should be able to get for free? Spending money, obviously, is not an option. The solution? Find out where all of the cameras get sent.

Where do they get sent?